If you have ever worn a red dress to a party or faced a black-shirted opponent on a sports pitch, you may be aware of the power of colour to affect your own and others’ emotions. The same is true of interior design and the very same can be said of garden colour scheming. Pondering how quite so? A while spent in the three rooms of our Colour Gardens and you shall emerge, we bet, convinced of the power of colour psychology.

The Blossoming of our Colour Gardens

Planted in tribute to three of the attentive garden folk who once resided on the Estate in its days of being known solely as Hadspen House, the Colour Gardens hold deep meaning for us, the Estate’s latest custodians.

First, it acknowledges the work of Nori and Sandra Pope – the inspired Canadian husband-and-wife team who made a glorious colour wheel in the walled parabola here in the ’90s. Before them there was Penelope Hobhouse – the distinguished writer and designer whose ground-breaking ideas and horticultural flare very much put this garden on the map.

Today in the Colour Gardens, you’ll note three distinct but ever so linked ‘rooms’, each planted in monochrome: one featuring only white-flowering plants, one only red, and one blue.

Monochrome planting re-directs the attention. When everything in your field of vision is green and white, you’re more likely to notice the subtle nuances in shades and saturations of those colours – the difference between the yellow-tinged white of a shrub rose and the green-tinged white of an astrantia, for example.

Via single-coloured spaces, you’ll also be more sensitive to structure, shape and form – to the contrast between the thick, glaucous, unmoving leaves of one plant, and the feathery leaves of another, blurring in the breeze; and between the big round heads of the agapanthus and the tiny spray of dots of the gypsophila.

A third worthy remark is that your other senses will also be engaged on a higher plane: we challenge anyone to walk past the soft, furry leaves of the Lamb’s Ears without wanting to bend down and stroke them, or to see the whispery fennel and not want to run their fingers through it.

Where a kaleidoscope of colours, all jostling for our attention, distracts and overwhelms the eye, a monochrome planting relaxes and stills the eye – and invites the other senses to step in.

It wasn’t by chance that we chose red, white and blue. This familiar trio features not just on the Union Jack and the Stars and Stripes, but also on a disproportionate number of other flags around the world, including that of France, Russia, Australia, New Zealand, Norway, Thailand, Iceland, Chile, Cambodia, Holland, Slovakia and North Korea.

A coincidence? Perhaps. Though we hazard to guess that surely also a consequence of the values associated with these colours – red communicating valour and strength, white suggesting peace and innocence, and blue, confidence, authority and justice.

Lest Not Forget Green

Monochromatic gardens – or are they? For all three of our garden rooms contain a second shade present in all gardens the world over.

Green strikes the eye in such a way as to produce the least amount of eyestrain than any other colour – which perhaps explains why gardens are generally restful places to be. It is associated in most countries with life, fertility and harmony, and is reassuring on a deep and primitive level: when the world around us is green, we know there’s water, which means we won’t starve.

It is generally the backdrop to a garden, the colour against which all other colours are played off – not just its main complement, red, but the vast palette of purples, oranges, yellows and pinks which stand out against the thousands of different shades and saturations of green. It is the connecting tissue that binds the garden to the landscape beyond.

Be thankful for green, which so often goes unnoticed and unpraised. Be thankful to the Popes and to green-fingered Penelope Hobhouse, be thankful for variance great and small. And should you seek a place to feel such gratitude, we know just the spot. 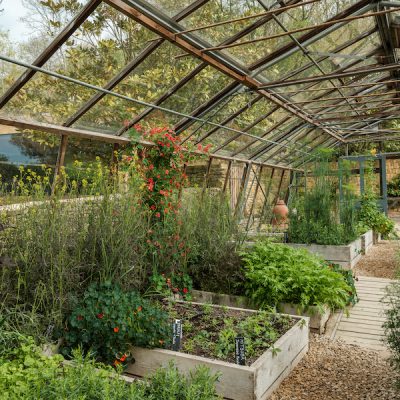 10 Tasks for the Garden in May 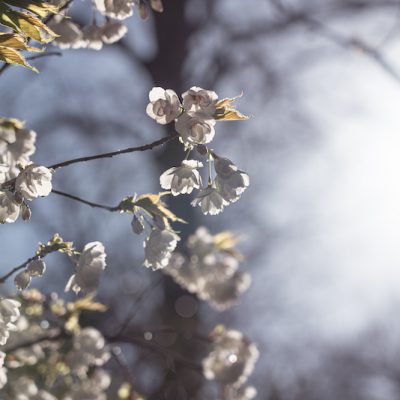 10 Tasks for the Garden in April 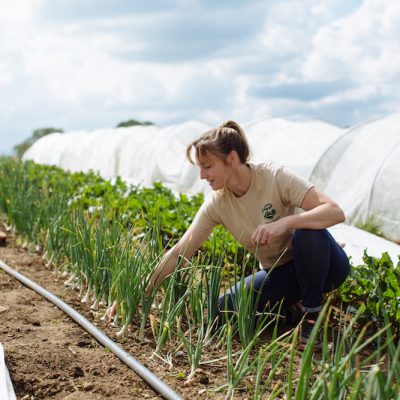 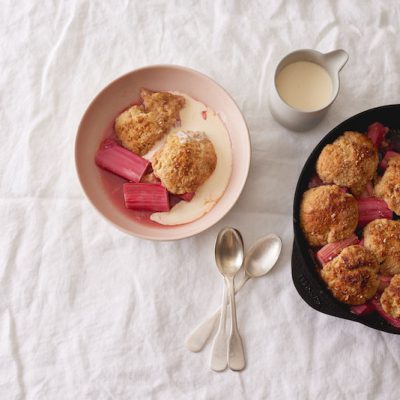